The Division of Indian Sub-Continent

The Division of Indian Sub-Continent

The division of the Indian Sub-continent is one the difficult process for most of South Asia. Thousands of people lost their lives in this so-called Partition. However, in this partition around 20 million people from long term oppression by getting a separate homeland. Initially, it was Pakistan only but now Bangladesh.

Overall, the partition was in the favour of Muslims, so that they can follow the preaching of Islam and Muhammad (PBUH) without any fear. The ones who chose to live in India are still suffering from Indian Oppression, in spite of the fact.

It is estimated that around a million people lost their lives in this mass migration. And many more suffered financial losses in this mass migration. Many people left their assets and belongings. The governments promised to make financial compensations. Many projects have launched both sides of the border for the allotment of land. But nothing can compensate the memory attached to the places, the religion or the social circles. As a wise man said, everything can be replaced except human beings.

Wars Fought Between India and Pakistan 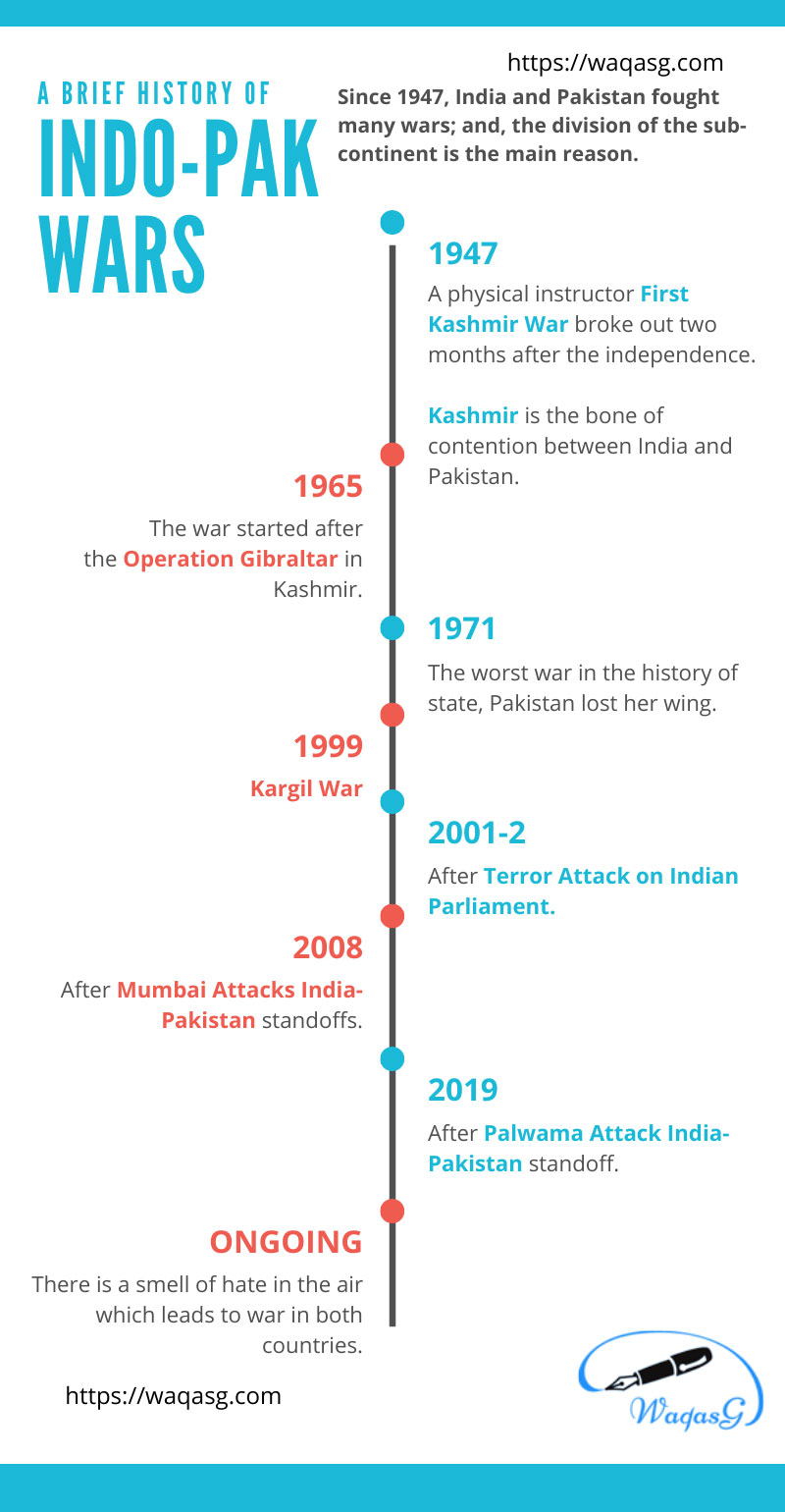 This is the timeline of the wars fought between India and Pakistan.

The boundary dispute between India and Pakistan is a bone of contention among them. They fought three major wars and dozens of clash. The skirmish began immediately after two months of separation in 1947. One of the wars proved fatal for Pakistan and divided into two chunks. Which results in a new state called Bangladesh.

India claims that it is a secular state, however, it is not the case under the Modi Prime Minister. Muslims are suffering in many ways. The Hindu nationalist government decided Babri Masjid in the favour of Hindus. India was a secular state however, not anymore. Modi points out, Hindustan is for Hindus.

The division between India and Pakistan was made in the haste which is making life miserable for the thousands of millions. It is not the only case of the Indian sub-continent wherever the British made so-called colonies they are still suffering after seven decades such as Hong Kong.