How Book Reading is an Expensive Hobby in Pakistan

How Book Reading is an Expensive Hobby in Pakistan

Book reading is a great habit, and one can have a book in hand every time, which can eliminate boredom. However, half of the population cannot afford to buy books. It’s not because they are poor but the books are too expensive as compare to other countries.

The prices of books are high; most of them are not in the range of ordinary citizens. In Pakistan, publishing is the highest paying industry. There is no check and balance, and publishers often charge the prices of their own choice.

Pakistan is among the countries where the education level is not right. There are some regions where the literacy rate among women is below ten percent. Is Islam is a hindrance to the modernism? Baluchistan and KPK are among the most conservative areas of the state. 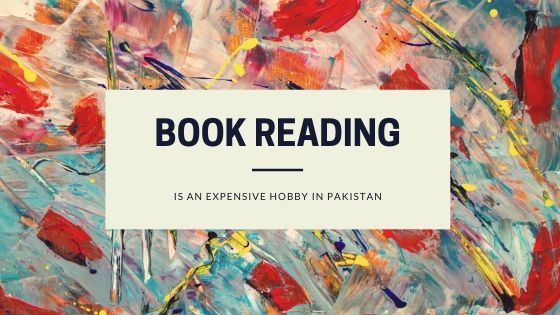 Book reading is a hobby for the elite class.

Many educational institutes exist only in documents that do not have real existence, sometimes called ghost schools. They are the burden on the economy. Teachers and students both of them do not go to school. The building of the schools used every purpose except for education.

Many analysts believe that Islam is a hindrance to the modernism of Pakistan. Unfortunately, they are right to some extent. According to Al-Quran, both sexes male and female are equal; both of them should seek for knowledge. Here, in Pakistan, women are not allowed to go to the colleges due to the co-education.

Lack of libraries in every city of the country is a conundrum. There are only a few limited numbers of libraries that exist only in the major cities across the country. In spite of the fact, the PTI lead government to cut short the budget for education. The Government of Pakistan should take effective measures to establish libraries in each of the cities.

It is the 21st century, the era of technology. Therefore, digital libraries exist across the globe, which is continuously replacing traditional libraries. There is a well known digital library HEC Digital Library. However, it is mostly used for research purposes.

To conclude, book reading is the habit of a developed nation. To, improve the financial position of Pakistan, the government should make an effort to eliminate ignorance across the country. As well as there is a dire need to establish a board for check and balance for skyrocketing prices of books.